Water is a prime natural resource - it forms the basis for all life on earth. Water has been regarded as an essential commodity since the beginning of time, and all the ancient civilizations settled and developed close to a source of water.

But the steady increase in human populations, widespread technological modernization, and new and unsustainable lifestyles have invited calamity in the form of water scarcity.

The Indian state of Himachal Pradesh is blessed with varied and bountiful natural water resources such as khads, nalas, baudis, nawns, chhrudus, khatris, wells, etc. However, recent studies reveal that 20% of the traditional water resources are in disuse. Many of them are dying a natural death due to poor maintenance, repairs, and the availability of several modern facilities such as hand pumps and taps.

Understanding that there is an urgent need to revive these traditional water resources to tackle water scarcity, Lalit Kumar Dogra stepped into action. Since 2020, he has been on a mission to restore all ancient water resources and restart them for daily use.

Along with a team of volunteers, locals, and his mentor – Dr. Malkiat Singh, Lalit has successfully revived 15 groundwater resources across 15 villages. For this and his other endeavors, Lalit was recently awarded the Best Young Changemaker in the male category at the Plan India Impact Awards 2022.

Social work as a way of life

Growing up in Dharamshala, in Class 8, Lalit was introduced to a charitable trust that was launched in his village. Here, there were 32 residents and students from Lalit’s school who would go there as volunteers to teach, do chores, plant trees, and more. 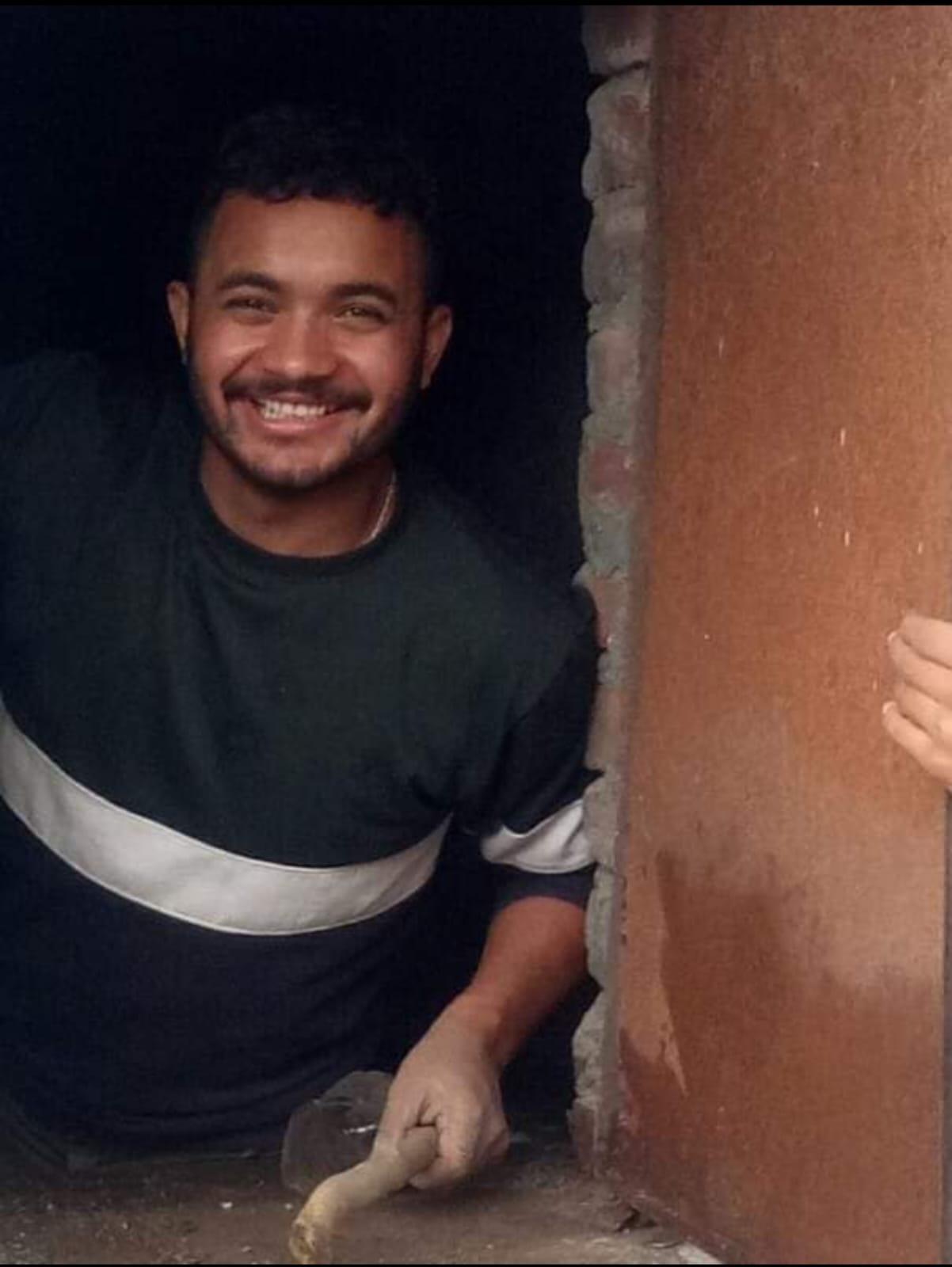 “This was the first time I was introduced to social work officially. It would always be very heart-warming to listen to others and offer them help. I wanted to practice this as a way of life,” says Lalit.

In 2017, after graduating from class 12, he joined the Government College at Dharamshala to pursue Geography and Public Relations. However, he also engaged himself in the National Service Scheme (NSS) club.

“As a part of the club activities, we would do tree plantation drives, forest cleanups, awareness campaigns, conduct blood donation camps, and more. In 2019, when I was made the president of the club, I wanted to focus on other issues plaguing the district – water scarcity,” says Lalit.

With full support from his mentor – Dr. Malkiat Singh, NSS Nodal District Officer, and other volunteers of the club they launched the Jal Jeevan Abhiyan. For this, they identified ancient water resources or baudis that were depleted and unused for more than a decade.

“Earlier, these baudis were sources of drinking water for the villages. After urbanization, many were covered in concrete and dirt which ruined the flow of water. While some were destroyed with waste, others ran dry,” says Lalit, adding that these ancient spots were ignored and left isolated. Further, this aided miscreants in carrying out illicit activities.

They prioritized baudis depending upon the flow of water in them and jumped into action. The first location they began the work at was Kangra village. The team worked along with the elders in the village, got permission to carry out work from local authorities, and began cleaning up these areas.

“Within 15 days, we cleared the debris, added fertile soil with good water retention, and waited for the first drop. After seeing this, we were ecstatic. Within a week, the water filled the stream and flowed naturally,” says Lalit. 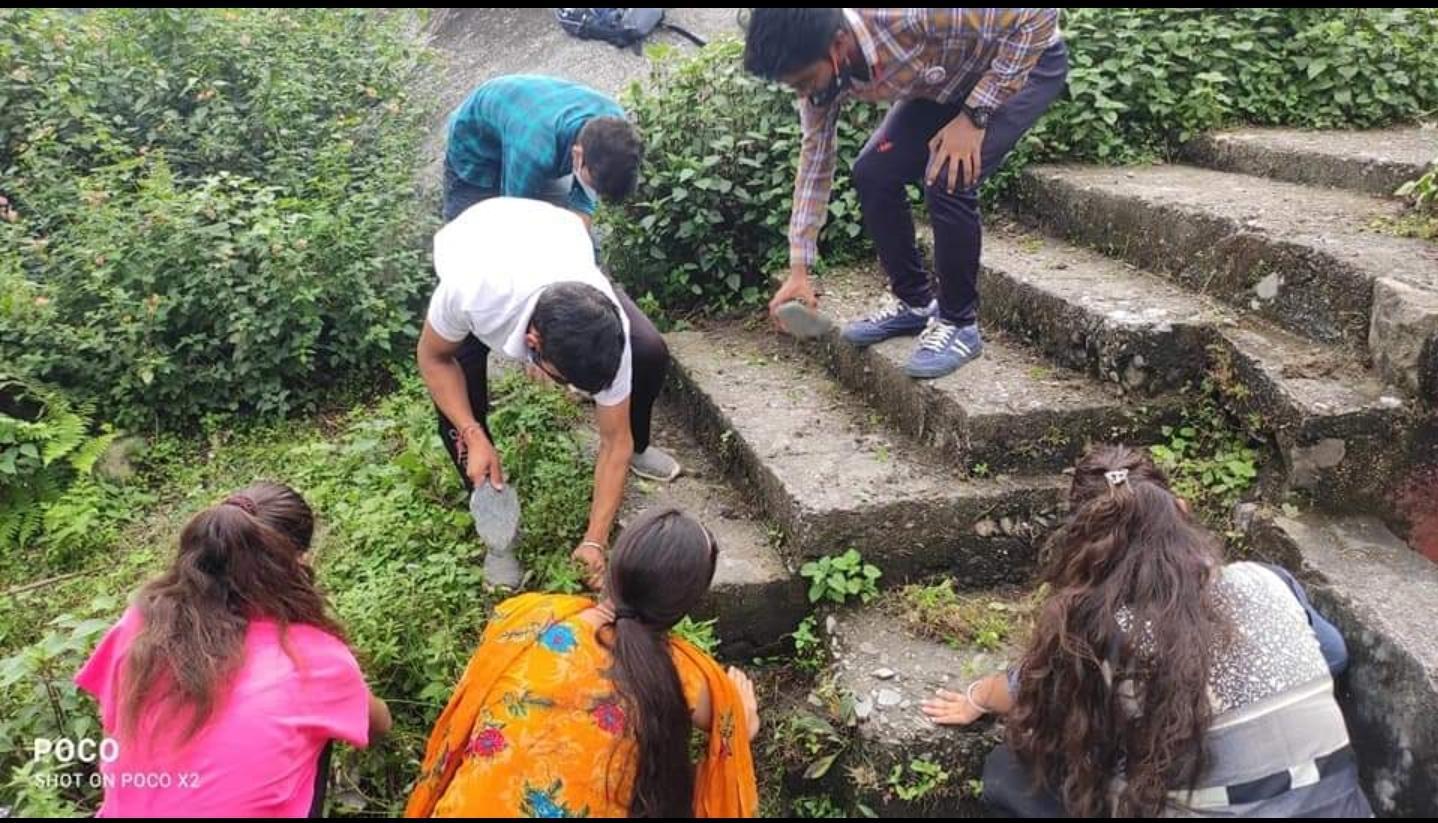 However, people were reluctant to use this water because it was depleted for too long. To break misconceptions, the team carried out innovative activities along the water source to spread awareness.

After reaping the benefits of their first initiative, the team began working on other water resources. To date, they have restored 15 baudis across 15 villages, and over 1000 villagers have benefitted from the same.

In 2020, when the lockdowns were announced, Himachal Pradesh came to a standstill. However, Lalit and his team wanted to help the needy at that crucial time.

“We could not step out of our homes and risk the safety of those around us. So, we started a digital campaign named ‘Mission Digital Coroware’. The aim was to spread awareness about the disease, precautionary measures, and more digitally,” says Lalit, adding that they started with an awareness video on YouTube.

Then, the NSS team created a page on Facebook where they connected with other youth across the state. Within 50 days, the campaign had 7000 volunteers across 12 districts. These volunteers were involved in spreading awareness, distributing masks, food, and blankets, conducting blood donation drives, and other essential activities.

“To ensure the awareness campaigns were relatable to the public, we recommended those who had recovered from COVID-19 to speak about their experiences. This helped to bust myths surrounding the illness and gave a sense of assurance to others,” says Lalit.

The campaign was a big success. The widespread network created by Lalit ensured volunteers were present across the remotest parts of Himachal.

Lalit was appreciated by many, and he won several laurels from his college, district, and state-level officials. Today, Lalit has completed his Postgraduate degree in Masters of Social Work from Chennai, Tamil Nadu but continues doing work for society.