India reports 77,000 cases of oral cancer every year. An estimated five people die from the disease every hour. This accounts for one-fourth of global incidences and these numbers have only increased over time. One major reason for the high mortality rate is a late diagnosis. This can be due to many reasons – patients live in rural areas with only primary healthcare centers, cannot afford diagnosis and treatment, or are in denial about their symptoms.

To make the diagnosis simple and accessible to everyone, 19-year-old Nikhiya Samsher, a resident of Bengaluru and a graduate of Greenwood High International School, has innovated ‘QuitPuff’. It is an early risk detection device which can show if a person is at risk of developing oral cancer or if they already have it. It takes 15 minutes to show results and is priced as low as Rs 38.

In 2015, when Nikihiya was in class 8, she was part of a programme named ‘Compassionate Clowns’. Students would dress up as different characters and visit pediatric wards of various hospitals to cheer up young patients.

During one of these visits, as she was leaving the hospital, Nikhiya saw a man whose face was wrapped in bandages. After another glance, she noticed that his jaw had been removed. Shocked by what she had seen, she immediately asked the nurse accompanying us what had happened to him. The nurse explained that he was in the later stages of oral cancer adding that he was one of the lucky patients since most don’t get a chance to survive.

This prompted Nikhiya to understand why the disease was so cruel.

Through research on the internet, she understood late diagnosis makes the patient’s condition worse and does not give them a fighting chance. On looking up the methods for early diagnosis, she noticed that the tests were either too expensive or available only at certain hospitals. The testing techniques were a long process and required lab facilities.

She decided to understand more about the topic and innovate a solution of her own for the detection of oral cancer.

In 2016, to understand the disease better, Nikhiya began reading several scientific research papers published on the internet about diagnosis methods for oral cancer. Being in class 9, she had a tough time understanding the medical concepts but would take help from her parents – who are dermatologists. 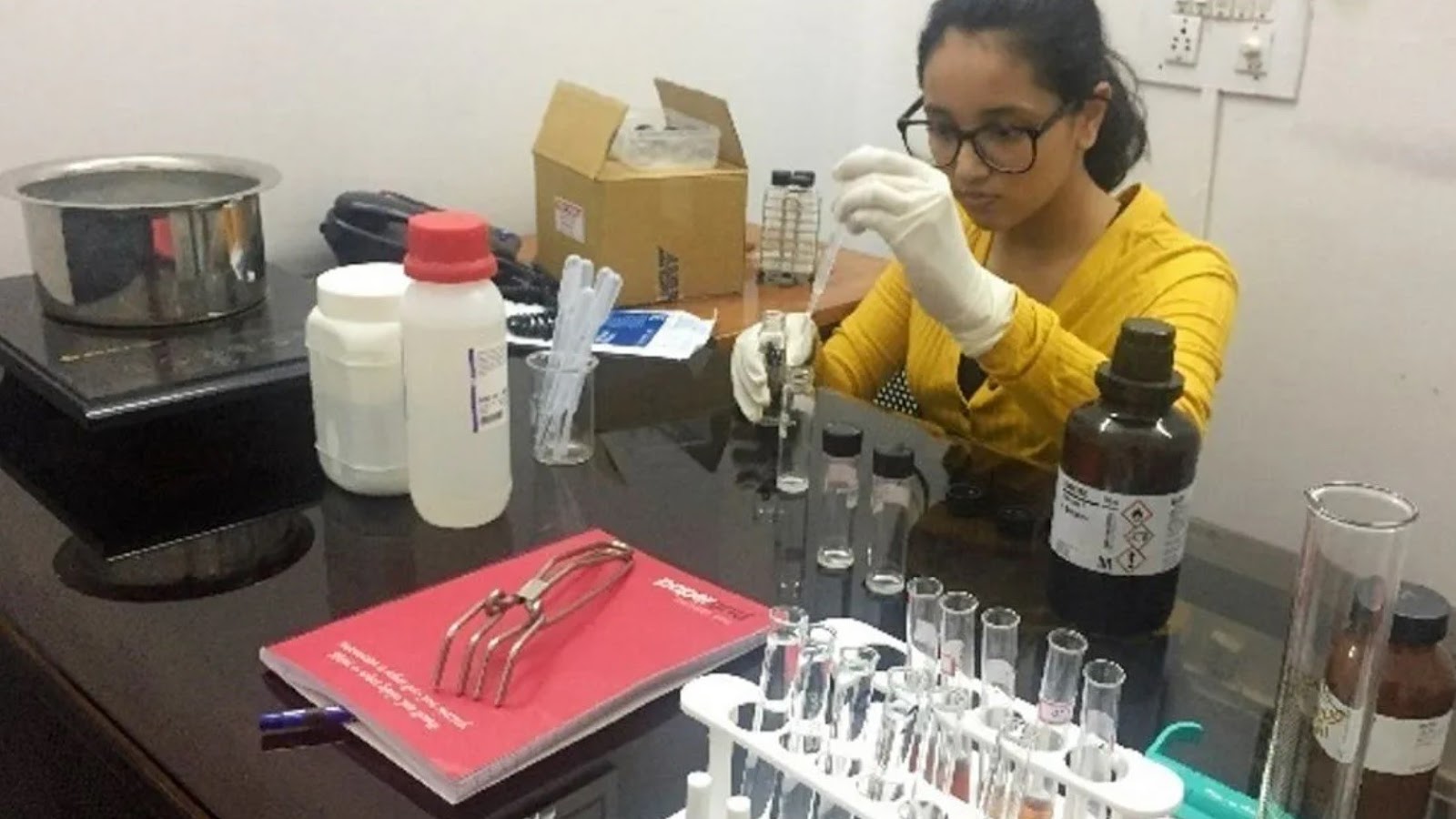 Her parents also connected Nikhiya with Tania Das, a senior research fellow at ICAR- National Bureau of Animal Genetic Resources. Tania eventually became her mentor and helped her understand the concepts behind the diagnosis methods for oral cancer. Further, she also got connected with her second mentor, Chaitanya Prabhu, a scientific analyst.

With his help, she understood the chemical compositions for diagnostic materials, and how to source those chemicals and work with them. After six months of doing the research work from her home and coordinating with the mentors, Nikhiya formulated a reagent that would help detect oral cancer using saliva.

Once it was approved by her mentor, she sourced the necessary chemicals from a pharmaceutical supplier and began testing the device at home.

But how does the testing kit work?

The reagent is made using three kinds of chemicals. This includes thiobarbituric acid, trichloroacetic acid, and ortho-phosphoric acid, to detect the presence of malondialdehyde, a biomarker that indicates the presence of cancer-causing cells.

To test her composition, Nikhiya also procured malondialdehyde acid. In a test tube, she added water, added the reagent, and heated the mixture. There was no reaction and the liquid’s color remained the same. However, when the water was mixed with malondialdehyde and the reagent was added, its color would change.

The intensity of the color change depended on the amount of malondialdehyde that was present in the water. It would range from a light yellow indicating early cancer stages to a dark brown indicating late stages of cancer.

By 2018, once Nikhiya was sure of her ‘QuitPuff’ reagent, she priced it at Rs 38 and approached Victoria Hospital in Bengaluru to conduct random trials on smokers and non-smokers visiting the facility.

Between June 2018 to February 2019, tests were conducted on 500 people using their saliva samples, and the method showed 96% accuracy. The accuracy was determined after the hospital also conducted its usual tests.

Using the findings, Nikhiya and Chaitanya wrote a research paper regarding ‘QuitPuff’. Nikhiya was also awarded the Diana Legacy Award by Prince William.

Nikhiya has still not released the product for commercial use as she is in the process of improving it. The current process takes 15 minutes to give results and requires heating, which is not easy to use for everyone. So she is working on a solution that will be paper-based. She hopes to provide this piece of paper as part of tobacco boxes so that people can test themselves for free and stay vigilant about their health. Nikhiya Samsher, a resident of Bengaluru and a graduate of Greenwood High International School, has innovated ‘QuitPuff’.