After the independence of India in 1947, the policymakers realized that education is the most compelling means to initiate social alterations and develop communities. For any country, providing quality education for all sections of society ensures growth. Education in both urban and rural areas plays a huge role in the advancement of the country’s economy.

However, in India, large sections of the society remain outside the ambit of higher education. To move from being a developing nation to a developed one, it needs skilled and educated professionals

The Right to Education Act brought about a revolution in the education system. It ensured every child growing up had access to primary education. However, there is a downside. The right only applies to children between the ages of 6-14 years. It has not helped or improved the accessibility to higher education.

One of the major challenges regarding higher education in India is a demand and supply gap. According to reports, about 12.4% of students go for higher education in the country. If these numbers were to increase from 12.4% to 30%, India would need another 800 to 1000 universities to accommodate the students. In the next 10 years, it would require over 40,000 colleges.

To meet this demand, private players stepped in. Today, over 60% of higher education institutions in India are promoted by the private sector. In addition, they are also providing the underprivileged with financial support. This has increased enrolment as well as literacy rates.

BML Munjal University (BMU), headquartered in the Gurgaon district, was founded by the promoters of the Hero Group. And, they have always taken complete responsibility for the community. 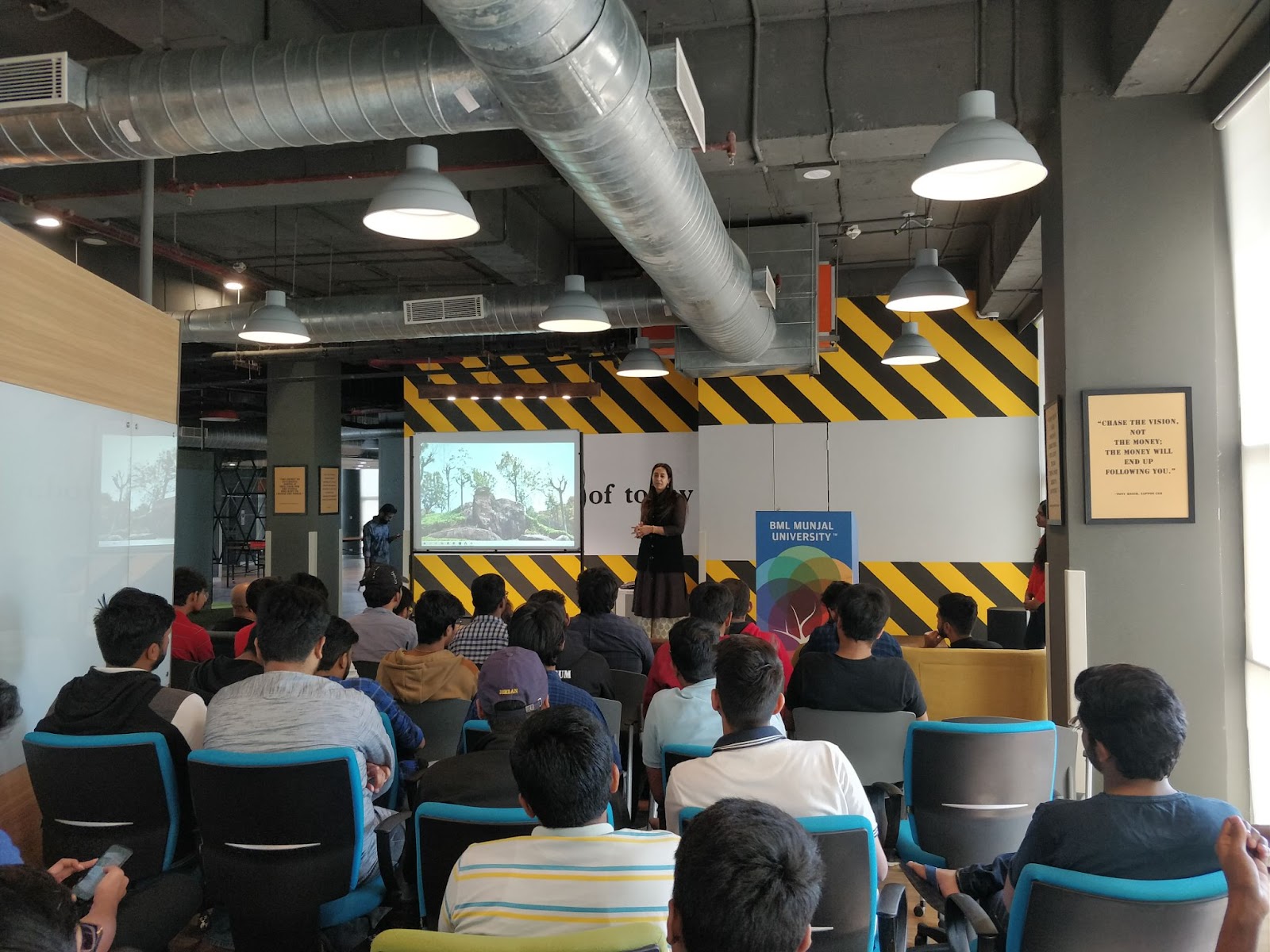 Classes being conducted at the university.

Despite aiming to bridge the significant gap in skills students need while graduating, they also support employees with education and health services, two basic amenities. Further, in 2014, to help the nation grow, the promoters established higher education institutes that provide quality education.

Since its inception, BMU has been focused on ensuring that deserving and academically bright students get access to education regardless of their economic background.

To do this, first, they identify promising students undergoing financial difficulties, personal struggles, and girls who need an extra push to complete their higher education. Then offer them scholarships and financial aid to afford education and make the most of it.

A spokesperson from the university says that the scholarships offered are sponsored by several companies that work with BMU.

Dyuti, a resident of Haryana, was one such hardworking and academically bright student who deserved nothing less than the best education. Growing up in a family with strong role models, she aspired to become a computer engineer. 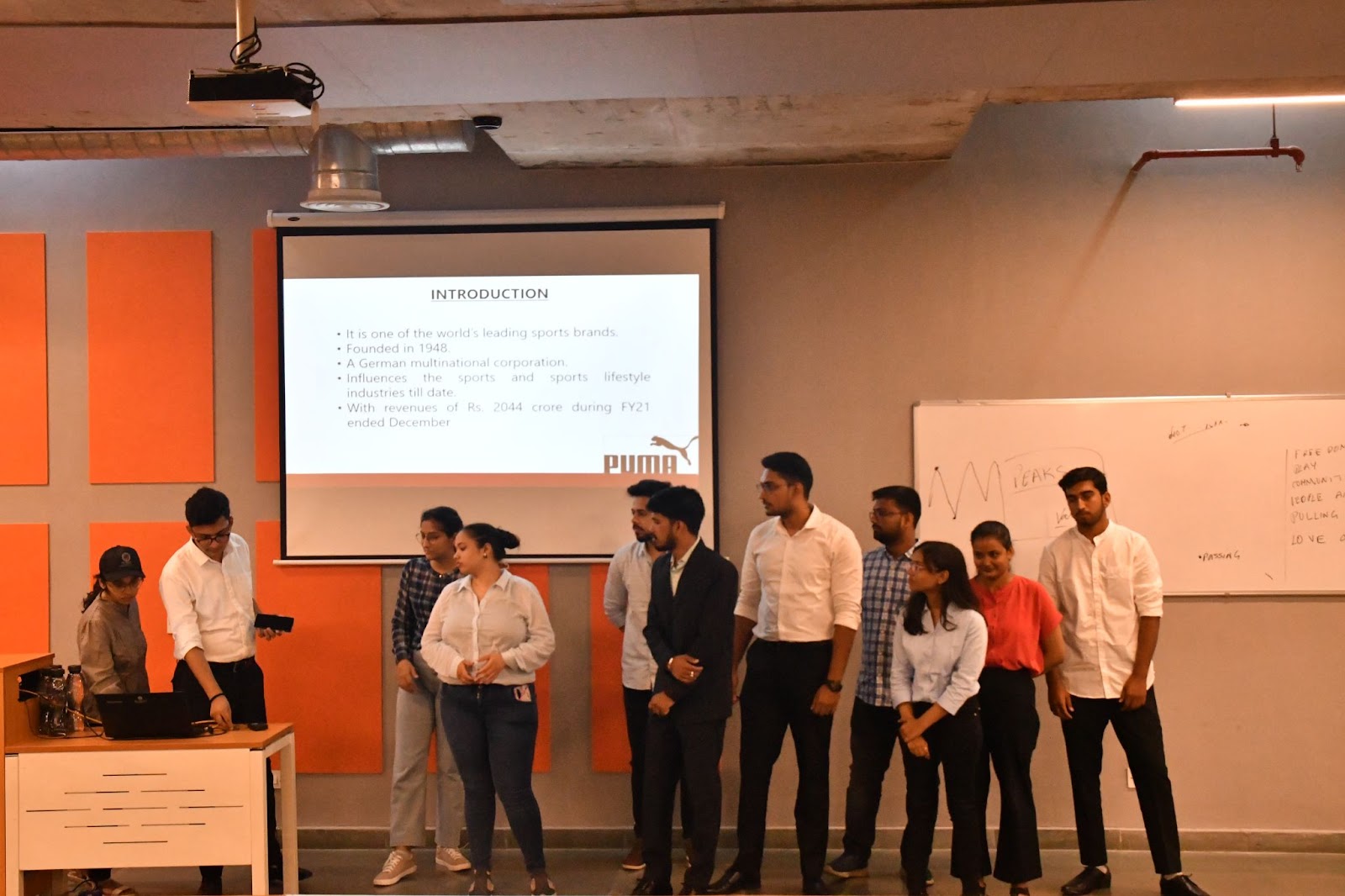 Students at the university.

When Dyuti was on the verge of completing her schooling, tragedy hit her family. Her father, a mechanical engineer and the sole breadwinner of the family passed away. The family was heartbroken, and their financial situation became weak. Making ends meet became harder, and Dyuti was unsure how to finance her higher education.

She was ready to give up on her dreams! But, BMU was informed about Dyuti's academic performance and personal story. Immediately, the promoters understood that financing higher education, especially a programme like engineering, was not a small thing.

So, BMU offered her a scholarship named Hamari Pari Scholarship, sponsored by Hero MotoCorp. This is one of the many scholarship programmes at BMU that allowed Dyuti to focus on her university education and aspirations.

The university’s unique curriculum focuses on transforming students into ethical and innovative leaders passionate about creating a positive impact. To date, BMU has enrolled over 1746 students, and 40% of them are on some form of scholarship.

Such initiatives have helped to create a significant jump in the number of admissions for higher education. This is reflected in a report published by the All India Higher Education Survey (AISHE) in 2019. It suggests that institutions providing higher education rose to 80% from 75% and the enrolment number increased from 11.4% to 18.2%.

As the country moves towards achieving greater literacy rates, holistic initiatives like BMU is the push that will get us there. BML Munjal University is a fully residential and co-educational private university located in Sidhrawali, Gurgaon district, Haryana, India. The University was founded in 2014 by the promoters of the Hero Group, and is named after the group's chairman Vedantu moving toward making a safe Space 2 Grow for children