Safe sanitation facilities in India have been scarce. Before the Clean India Mission, over half of India’s population had no access to toilets, particularly in rural areas. People were forced to defecate in the open, which posed health hazards, raised environmental concerns, and led to water contamination. From time immemorial, open defecation has been in vogue in India, and people defecate in the fields and bushes, outside the villages.

In all this, womenfolk and children are most affected. Open defecation has left their security, dignity, and hygiene at stake. There have been instances of sexual attacks when they went out to defecate or urinate. Needless to say, the absence of safe sanitation leads to numerous water-borne diseases, and we see many instances of deaths, more so among children.

Diarrhea is the third leading cause of childhood mortality in India and is responsible for 13% of all deaths per year in children under five.

One of the first steps to address the gap was the Swachh Bharat Abhiyan (Clean India Mission), launched by the Government of India. While over 1 million toilets were constructed across the country, more were needed.

In 2012, Banka BioLoo Pvt Ltd, a sustainable sanitation company, stepped in. They took up the challenge of ending open defecation and implementing cost-effective, environmentally-conscious and socially-acceptable sanitation systems. Banka BioLoo became a public company in 2018, and in 2020 formed Banka Earth Foundation (a Section 8 company) to, specifically, implement CSR projects.

Banka’s BioLoo, the sustainable bio-toilet, is an easy-to-install super-structure with a bio-digester tank. It consists of bacterial inoculum that treats fecal waste onsite, thereby maintaining hygiene, and reducing the risks of contamination, which particularly impacts children under the age of five.

Further, the system reduces dependency on resource-consuming sewage infrastructure or energy in the treatment process.

Over the last decade, the company has served a diverse set of users and clientele, including the railways, national and regional government entities, state-owned enterprises, private companies, foundations and charities, and non-profit organizations, among others. They have installed over 20,000 bio-toilets in 22 states across India. 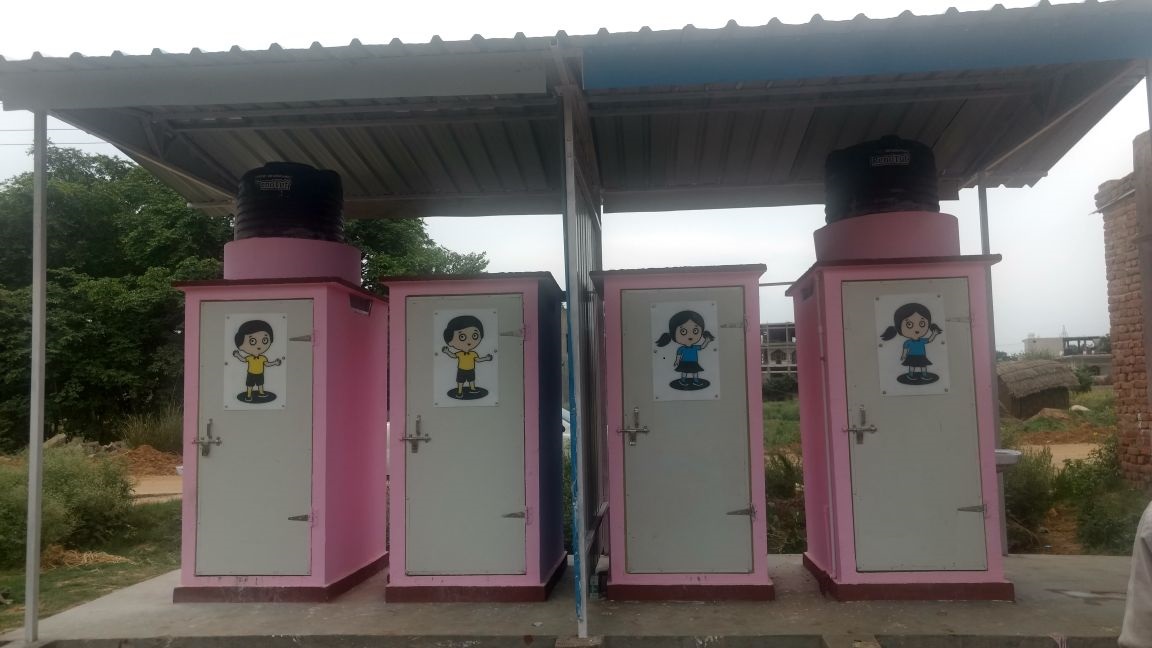 After conducting initial studies to identify key stakeholders, Banka Bio noticed that only half of the schools in India were found to have functional toilets for boys and girls. This limited their access to adequate sanitation, especially for girls during their menstrual periods. This is one of the main reasons why 113 million female students leave school when they reach puberty.

Considering this challenge, Banka Bio conducts awareness programs on the direct linkage between health and sanitation in the communities they work in. Education is not only limited at the community level, Banka Bio also teaches good hygiene practices to children in schools.

To address the difficulties school children face while accessing sanitation facilities, the company partners with large and small companies to deploy their environmentally-friendly bio-toilets – Banka’s bioloos, in schools.

One of their implementing partners was Havells, India’s largest electrical products manufacturer.

Together, they have installed hand-wash stations and bioloos in more than 500 schools in Rajasthan. Further, they have also implemented school sanitation (Swachh Bharat: Swachh Vidyalaya) projects with many other large companies across India, such as GAIL (India) Limited, Dalmia Bharat Group, as also MNCs such as Saint-Gobain and Beam Suntory.

How does it work?

The BioLoo is a regular structure with a toilet bowl attached to a specialized bio-digester tank that contains bacterial culture, and the special design of the tank and bacteria act upon the fecal matter. The bio-digester tank does not need to be emptied, nor be replenished with bacteria. 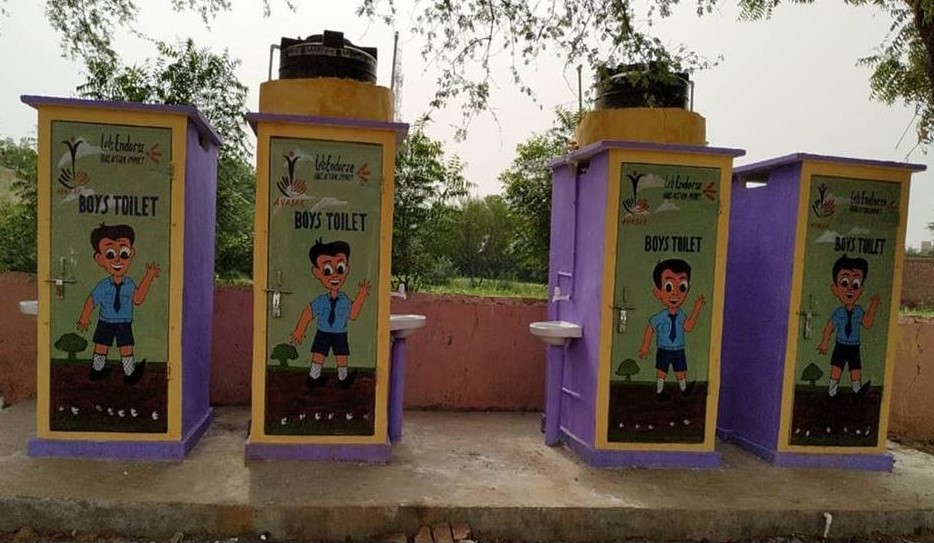 It takes two-three days to decompose and the fecal matter is converted into carbon dioxide, methane and water. Methane can be used as fuel, while recycled water can be used for gardening.

These bio-toilets can be set up anywhere and everywhere - construction sites, public places, schools, households, urban slums, trains, and wherever sewer lines are not available.

As a direct result of these bioLoos, school children have improved access to sustainable sanitation in areas that were not equipped with adequate infrastructure before. Children are also able to apply good hygiene practices outside of school. This change of behavior is also incentivized by their parents, who now have an enhanced understanding of the interlinkage between sanitation and health. Banka BioLoo - Banka Earth Foundation was formed with a vision to deliver CSR projects that impact the Environment directly in the WaSH Sector such as water conservation, water security, water treatment, Sanitation, Health & Hygiene of people. From the Margins to the Mainstream: Journey of Deepa Pawar. Winner of PIIA 2022