Offering higher education programmes in regional languages will equip students to solve local problems with a global mindset. By giving importance to our languages, we can at least diminish the gap between the English-speaking population and those who speak in their mother tongues. Finally, when combined with skill development, this will help develop professionals who can transform the country from the grassroots.

This will enable a local-global integration with the latest knowledge and technology and give students global exposure and expertise. Diversified education can offer students a major boost, no matter which language they are studying in.

Keeping this in mind, ‘Kanglish’, a YouTube channel developed by a team of nine engineering students from PES University, Bengaluru, was launched. This has come as a blessing to children from 27 districts in rural Karnataka.

The team named ‘Sitara’ has developed content to teach Math and Science to Class 10 students. Recently, they have also won the 6th Edition of Azim Premji University’s National Level Science Enterprise Idea Challenge in which 100 teams across the country participated.

Shriya Shankar, one of the three members of the team, pitched this idea after a personal experience. In 2019 she along with her teammates went to remand homes in the State and found an education gap. They realized that there was online content creating videos but there was no personal touch in them, especially in the local regional language.

The team worked for one year with those children at the home to understand how they would enjoy the learning process. The team then decided to leverage content on YouTube and WhatsApp since these are the most accessible platforms.

Further, they have branched their activities into two lines of work: STEM-related, aka, math and science concepts; and 21st-century skill learning - wherein the team explores a variety of curriculums to have the children think critically, be empathetic and work well in a team. The trust works with government schools and children's homes in Bengaluru and engages with 10-18 year- olds.

The team focuses on teaching kids in "Kanglish", where they explain concepts in Kannada while writing in English to bridge the language gap. The lessons are taught by Akkas and Annas, and also provide services via WhatsApp. 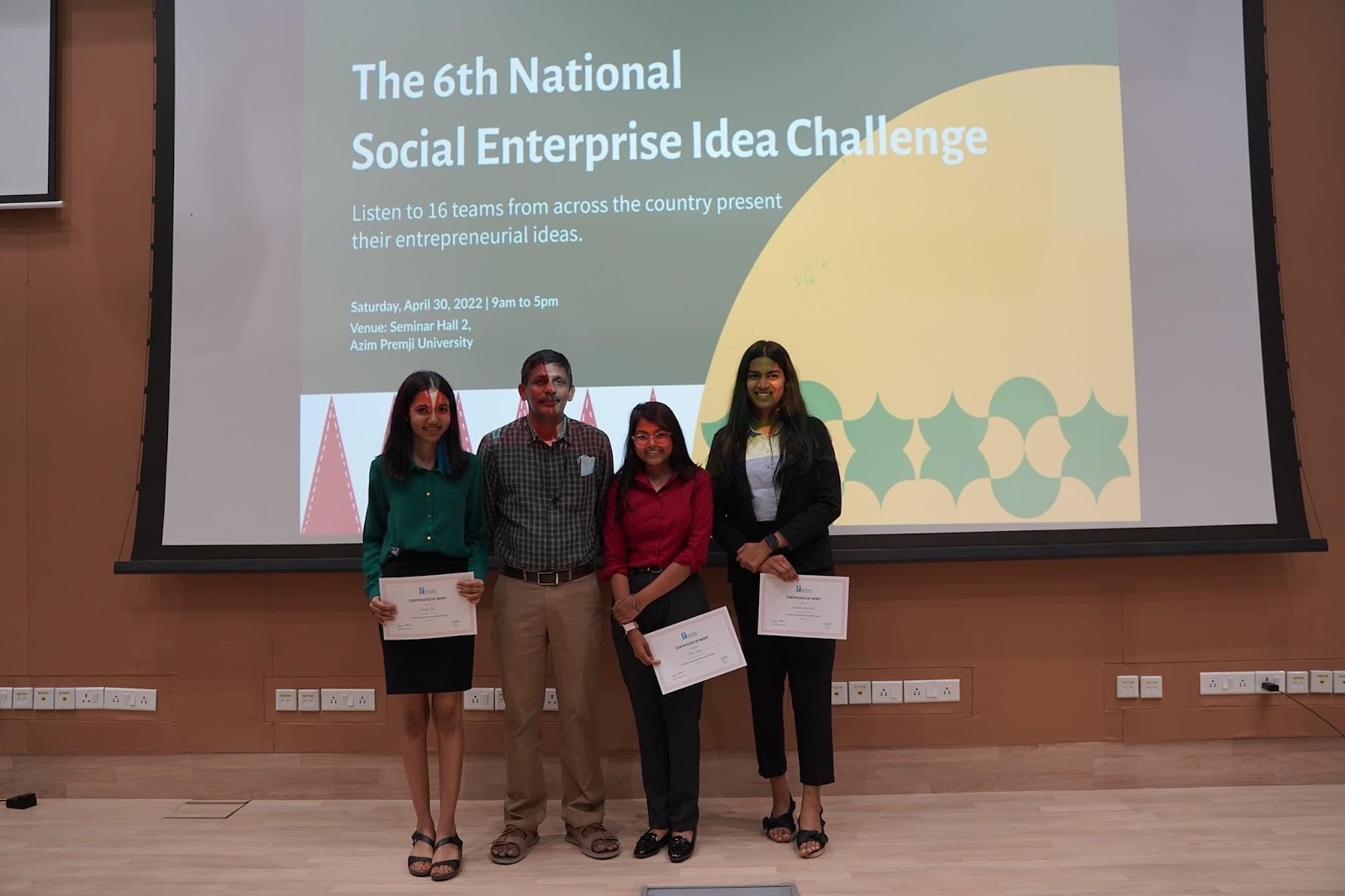 They have 12,900 children who subscribe to their Youtube channel and have spent more than 42,000 hours learning from our content. The team reports that they have more than 31% of subscribers that interact personally to understand lessons better.

Sitara also undertakes 'Citizenship Classes'- a two-month engagement with the children where they are taught their basic rights, and life skills such as how to apply for a Voter ID, how to file an FIR/RTI, etc.

With no access to proper education since the pandemic hit and with the SSLC Board exams soon approaching, the student-led NGO began working in full swing. The Foundation has been putting up SSLC exam content in Kannada on YouTube, free for anyone to use.

All this, is apart from the myriad of initiatives the trust undertakes from curating curriculums, facilitating learning through innovative modules, and teaching life skills.

The trio–Ananya V, Shriya Shankar and Srushti Jayaramu further announced that they plan to work on ‘Sitara’ full time.

In an interview, Ananya says “Anxious students were calling and texting before the Class 10 board exams amid the pandemic.” Speaking on the aspect of personal satisfaction and appreciation for their work, she says, “I used to work with a Class 6 girl from an ashram in Bengaluru, who was shy to speak in front of others. But on Sitara’s first anniversary she went up on stage and spoke about her experience with us. It showed that we are not only focusing on education but also building relationships and instilling confidence among the students.” â€˜Kanglishâ€™ content material on YouTube by Akkas and Annas, developed by a group of 9 engineering college students from PES College in Bengaluru Sportz Village Foundation: Giving every child an equal opportunity to succeed in life through ‘play’