Did you know that TB is one of the leading causes of mortality in India? It kills more than 300,000 people in India every year.

According to reports published by the Ministry of Health and Family Affairs, in 2021 India reported over 19 lakh patients suffering from TB. This was higher than in the year 2020 when 16 lakh people were diagnosed.

This early opportunistic disease is developed amongst persons infected with HIV and other immuno-compromising diseases. Conditions like HIV debilitates the immune system increasing the vulnerability to TB and increasing the risk of progression from TB infection to TB disease.

In these statistics, it is the poorest of the population that is affected the most. But why? Reports suggest that improper living conditions and lack of access to proper nutrition & timely medication are the key reasons.

Tuberculosis (TB) is caused by a bacterium called Mycobacterium tuberculosis. The bacteria usually attack the lungs, and other parts of the body such as the kidney, spine, and brain.

TB and malnutrition are linked in a complex bi-directional relationship. The disease causes undernutrition owing to increased metabolic activity, decreased nutritional intake, and other nutritional deficiencies. This worsens the disease, or delays recovery.

Malnutrition causes 55% of fatal incidents among TB patients. This is owing to food and nutrition insecurity prevalent across households of TB patients in India.

What is CINI Nutrimix? 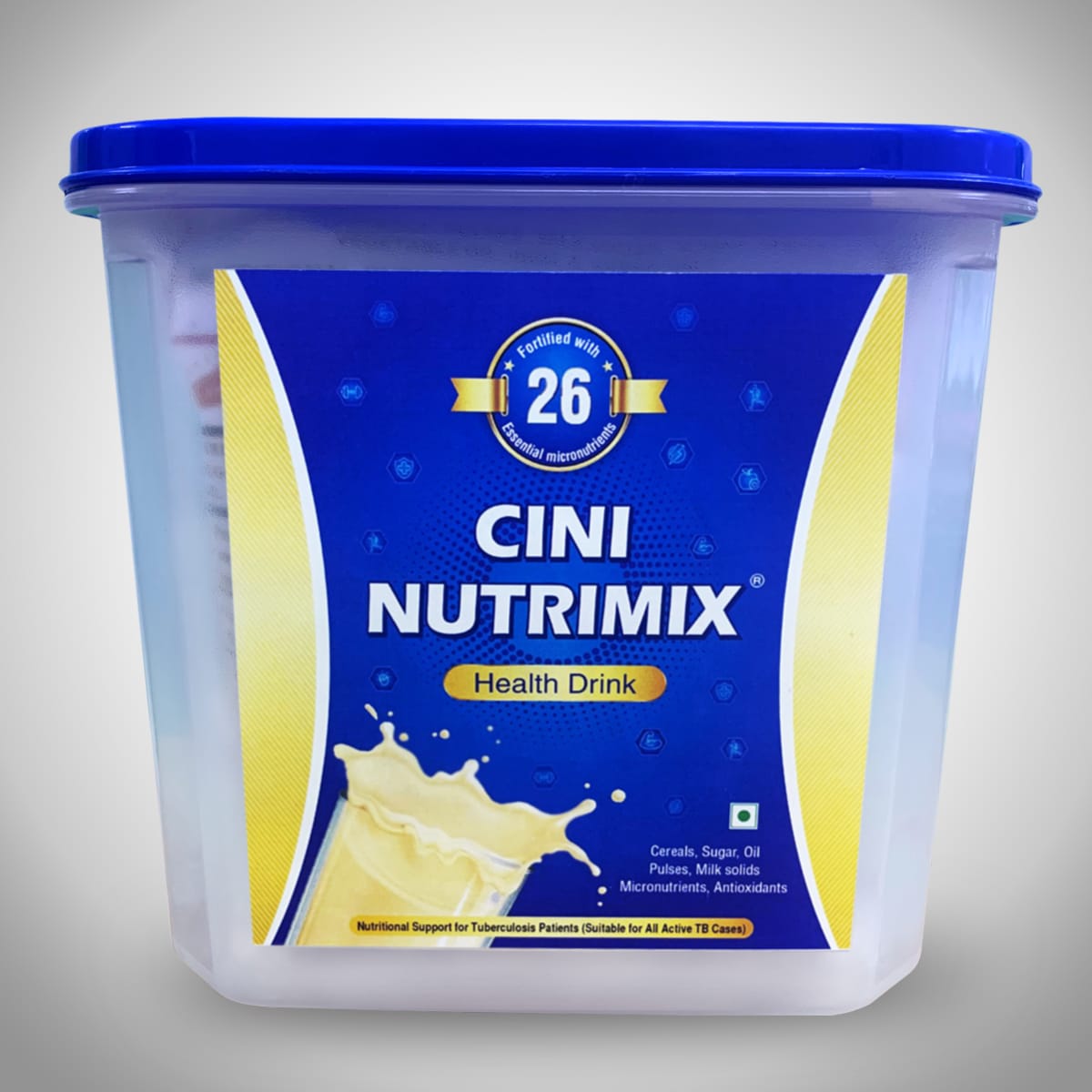 CINI Nutrimix is a product born out of a scientific conviction. It follows the Indian social context and offers organic products rich in nutrients. They fulfill both main and supplementary diet requirements for malnourished populations. It is an organic, calorie, and protein-rich supplement that provides adequate nutrition for people of various age groups with various physiological conditions and also different medical conditions. Its high satiety value can relieve hunger easily and is produced conforming to the FSSAI standards. One of the customized versions of CINI Nutrimix has been specially designed to fulfill nutritional requirements for active TB cases.

The ingredients of the CINI Nutrimix for active TB cases are-

To test its effectiveness, CINI Community Initiatives conducted a study at one of the wards of KMC under the supervision of the District Tuberculosis Officer.

Firstly, awareness meetings were held to introduce the product and also for their nutritional counseling. Then, each beneficiary was supplied with 3 kilograms of CINI Nutrimix- For active TB cases every month, for 6 months. This was calculated as per their requirement to cope with increased nutritional needs. Regular home visits and follow-ups with the patients were done to ensure the uptake of CINI Nutrimix- For active TB cases along with regular food. 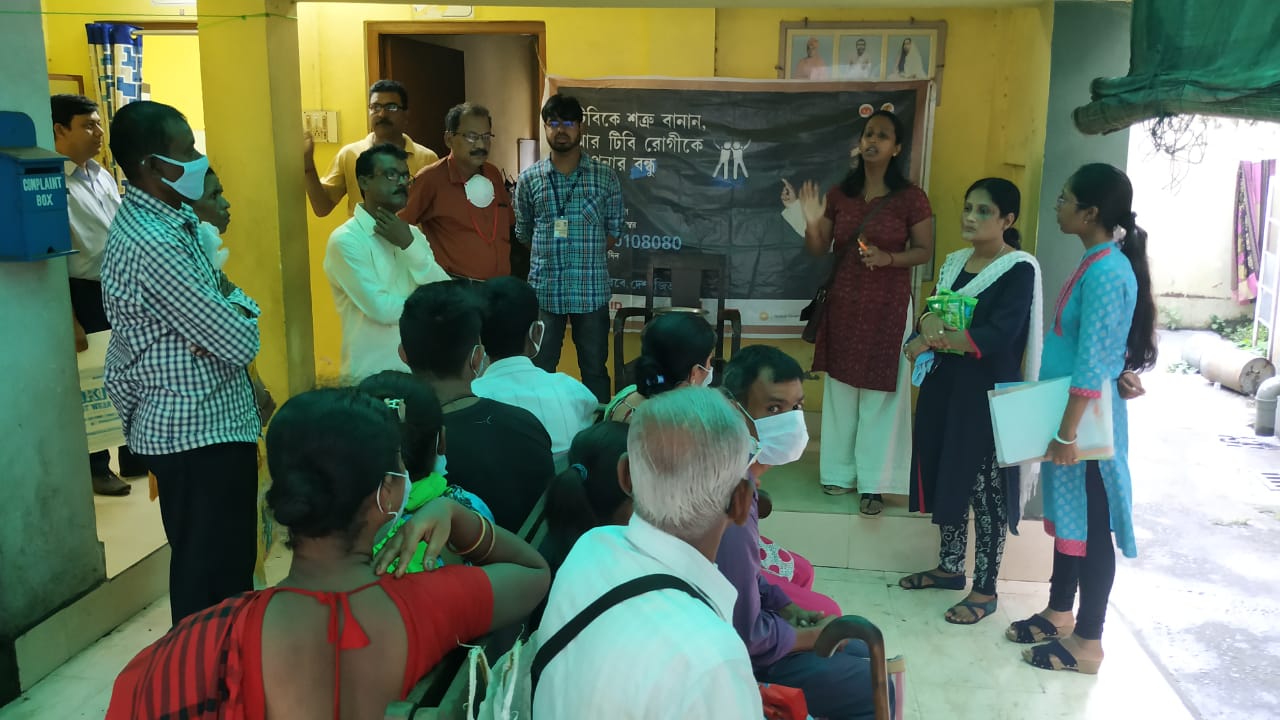 By the end of six months, the study revealed that CINI Nutrimix- for active TB cases facilitated weight gain in all the respondents, and there was no evidence of weight loss. On average, a significant rise of 10.5% weight gain on an average was observed. Furthermore, CINI Nutrimix proved to facilitate a significant rise in appetite which leads to better utilization of nutrients as well as better acceptance of the medication.

A user of CINI Nutrimix said that she had consumed it every day by mixing it with roti and felt it was life-changing. Not only did she gain weight, but she also began to feel more energetic.

Seeing the acceptance and efficiency of the product one major organization MAMTA based in Noida has been continuing the supplementation of CINI Nutrimix-for active TB cases for their 120 children beneficiaries. The project is funded by the HCL foundation and the product has been approved by the DTO, Noida. CINI Community Initiatives (CINCOMM) is a sister organization of the Child in Need Institute (CINI). It is a Section 8 not-for-profit Company registered under the Companies Act 2013, India. Leave no one behind”, Ensuring Safe Delivery in Tribal Communities: ASARA Programme Helping Over 3 Lakh Adolescents in Rural India Fight Against Anemia In Rural India, Increased Access to Healthcare Improves the Lives of 6000+ Women