Children rely on adults for nurture and care to grow towards a life of independence. But every child is not fortunate to have such a homely environment.

Many children grow under the perils of poverty and are not presented with the same opportunities as the privileged. They do not have access to three meals a day, a safe home, supportive parents, or basic education. Many children are abandoned by their parents, many run away from their homes, many are trafficked, many are laborers, many are neglected, and many are orphans!

However, Ravinder Singh Jadon, a native of Bundelkhand is ensuring the children in Uttar Pradesh have a better life and access to more opportunities. He does this by working with the Child Welfare Committee (CWC) in Lucknow and implementing innovative ideas to improve the lives of children and their families.

To date, he has rescued, rehabilitated, and helped over 2000 children from abusive and toxic environments. His center in Lucknow also won the Best Child Welfare Committee (CWC) at the Plan India Impact Awards 2022

Paving the way for positive change

Born and raised in a village in Bundelkhand, 38-year-old Ravinder witnessed the lack of opportunities first-hand. While he had a supportive family that provided him with education and other facilities, many of the children in his village were not.

“These children, aged less than 10 years, would be roaming the streets unsupervised. Their parents would not track where they went, check who they were talking to or what they were doing. Even when children would not go to school their parents would be unaware of it. This pushed many of them to get into the wrong company or indulge in illicit activities. Even kidnapping and trafficking would be common,” says Ravinder.

He adds that the education system was crumbling in remote areas. Not only was the school’s infrastructure poor but also the teaching faculty. On most days, there would be no one to teach, and even if there was, the students would not be able to keep up with the lessons.

Ravinder broke away from this system. He grew up to finish his undergraduate and Master’s degree and decided to work in a field where he could impact the lives of children. His career in social work began with the United Nations International Children's Emergency Fund (UNICEF) as a divisional consultant and went to work with other organizations and NGOs.

He would explain the benefits of learning English as well as the regional languages. Moreover, he would also conduct fun activities which helped children release the fear surrounding education.

In 2020, Ravinder got the opportunity to work in Lucknow with the CWC and was very thrilled.

After taking office, he immediately got into work, implemented several new policies as well as impacted thousands of lives.

Each child as his own

A Child Care Institution (CCI) is a children's home or shelter recognised under the Juvenile Justice (Care and Protection of Children) Act, 2015 for providing care and protection to children, who are in need. Despite having a limited budget, Ravinder carried out extensive efforts to improve the infrastructure of Lucknow CCI.

“I managed to get the CCI in the best shape where children can stay in a more comfortable environment,” says Ravinder, adding that he also ensured counseling services for children to open up about traumatic events and heal from them. 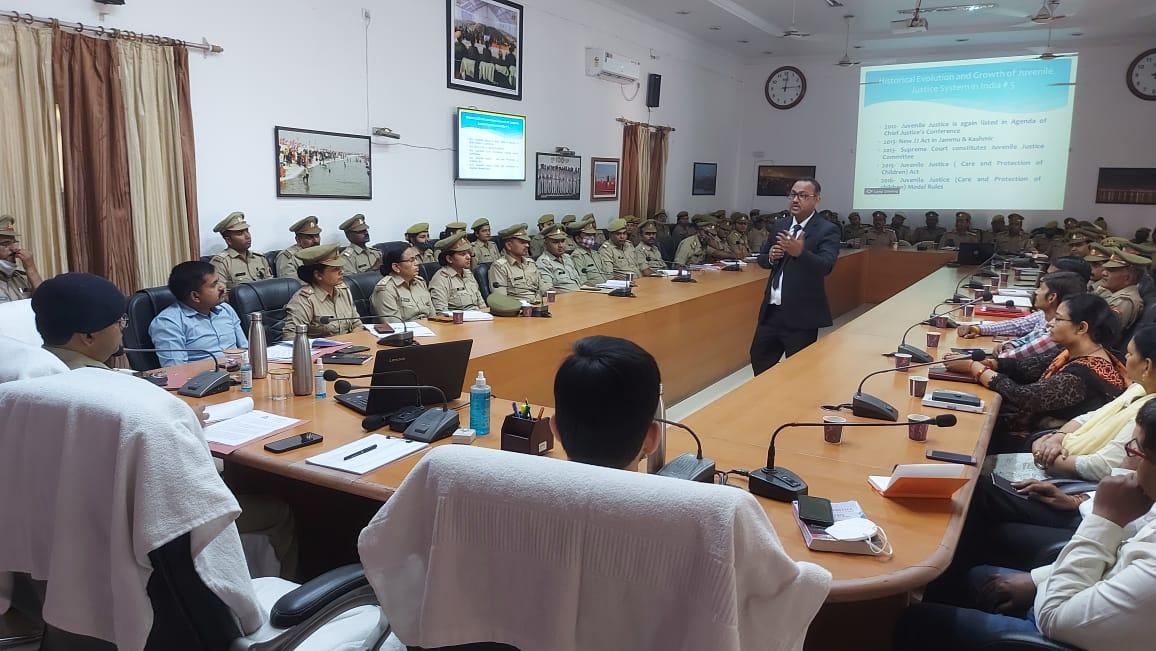 When Ravinder joined the center, he noticed a confusing pattern in the way missing person cases were being handled. The parents who were making the complaint, in a state of panic, would register a complaint with the police station, childline, and other departments where they could get help.

“However, each of these complaints got registered individually. This indicated that multiple children were missing instead of being multiple complaints for one missing child,” says Ravinder.

He perfected this procedure and introduced an identification system. This provides a unique ID for the missing person making it easier to track across various departments.

He also improved the procedures related to the First Information Reports (FIRs) registered under Section 366, 363 of the Protection of Children from Sexual Offences Act (POCSO). He ensured to give the custody of the child to the family, preventing distress to the child from being placed in CCI after traumatic events.

“Before handing over a child to the parent or guardian, a thorough inspection is conducted. This includes cross-verifying legal documents as well as speaking to different members in the community,” he says.

When helping a child who has undergone trauma or committed a crime, Ravinder thinks of each person as his child. He would consider the legal aspects, professional aspects, and most importantly the emotional aspect.

“A child without guidance is riddled with fear. They need kindness and affection to grow from all the hardships they face. I want to provide them with that,” says Ravinder.

Apart from this, he has helped more than 400 children receive Integrated Child Protection Scheme (ICPS) benefits, over 600 with Balika Sambal Yojna benefits and enrolled 24 children under PM Cares Fund. He has rescued and rehabilitated hundreds of children from child labour, trafficking and underage marriages.