Helping Over 3 Lakh Adolescents in Rural India Fight Against Anemia

Did you know that Indian women and children are overwhelmingly anemic?

Anemia is a condition in which the number of red blood cells or the haemoglobin concentration within the cells is lower than normal.

Being anemic results in symptoms such as fatigue, weakness, dizziness, shortness of breath, and more. The most common causes of anemia include nutritional deficiencies, particularly iron deficiency. Apart from this, deficiencies in folate, vitamins B12 and A are also causes of anemia.

Adolescence is considered to be the age of opportunity and if children flourish during this time, so do our communities. But adolescence is also a nutritionally vulnerable time when rapid physical growth increases nutrient demands.

Dietary behaviors established in adolescence may contribute to nutrition-related problems that have consequences on long-term health. Some of these behaviors include the choice of food consumed, and nutrition intake, among others.

This is a major public health problem. Anemia among adolescents adversely affects growth, resistance to infections, cognitive development, and work productivity. Despite multiple initiatives to address it among various vulnerable groups, it continues to prevail.

One way to tackle this is early diagnosis and care. Early diagnosis of anemia is important to prevent aggravation of the condition, slow the progress of the disease, and improve the quality of life of the patient. Apart from this, better nutritional practices – consuming iron and vitamin-rich food, can also help to prevent or tackle anemia.

Though these practices are prevalent in urban areas, it is not the same in rural counterparts. The Primary Healthcare Centers (PHCs) which are the first source of medical care have limited disease-specific services. They are under-funded which leads to a lack of medical professionals as well as technology to conduct early diagnostics.

The Government of India launched initiatives like the Poshan Abhiyan Anemia Mukt Bharat Program to reduce anemia among adolescents. Apart from this, even organizations like Public Health Technologies Trust stepped in to help.

In 2019, PHTT along with Vodafone Foundation designed a CSR Program to screen school children for anemia. The organization says that they had taken up this initiative to support Govt. Of India's Poshan Abhiyan Anemia Mukt Bharat Program. 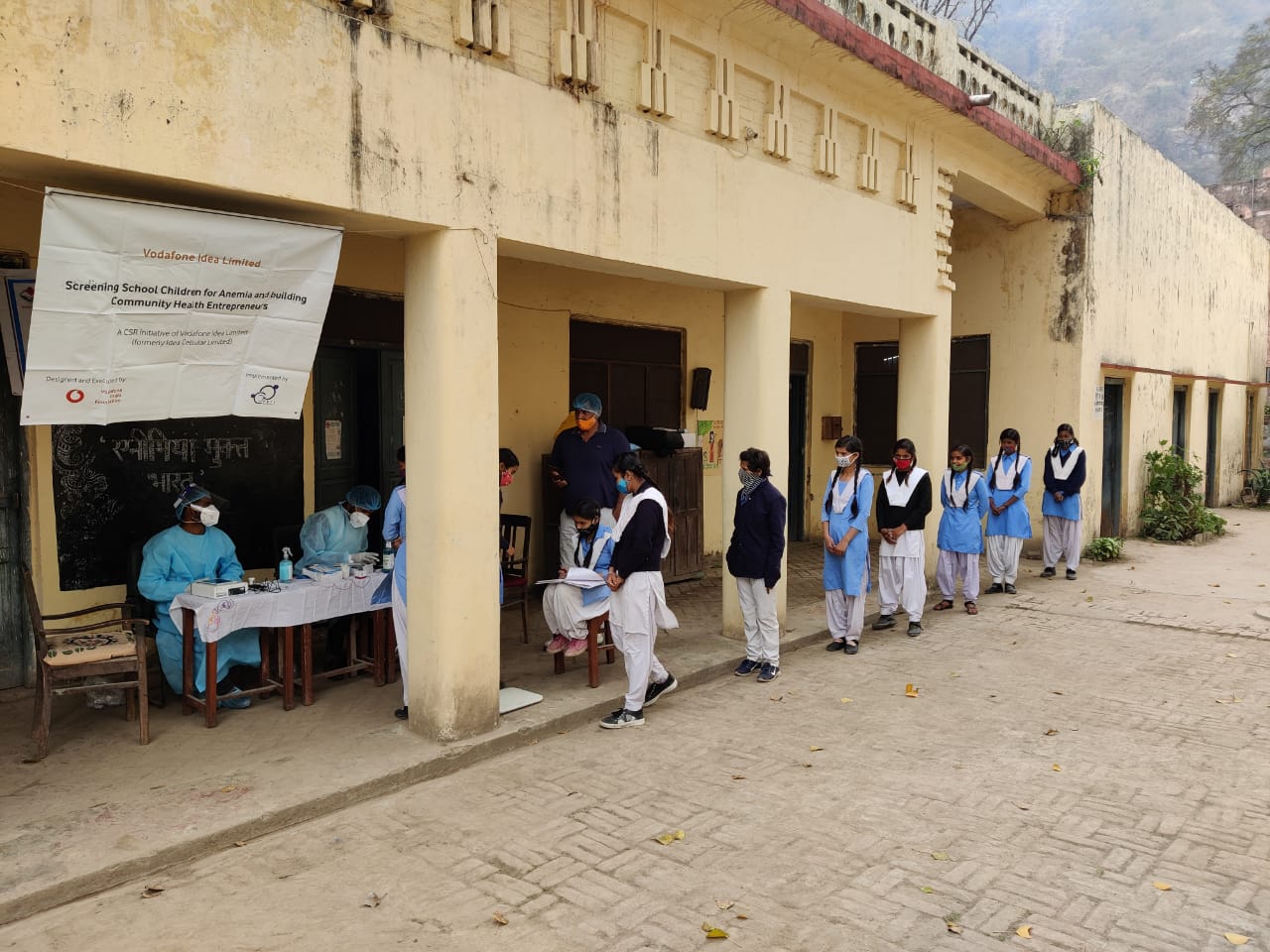 Through the intervention, PHTT provided quicker & more reliable anemia detection technology. Apart from this, children along with their parents were counseled on the importance of nutrition.

By 2021, a total of 50 devices, to support the initiative, were deployed across five states – Uttarakhand, Bihar, Chhattisgarh, Telangana, and Maharashtra. A total of over 3.5 lakh children registered for screening and many have been diagnosed to be malnourished, underweight, and more.

One of the families that benefited from the screening and early diagnosis says that this is the first time they have done a hemoglobin test. They claim it has helped them to understand their daughter’s blood level and give importance to her iron intake. Since they received the test results they have included pulses, green leafy vegetables, fruits, etc in their daughter’s diet.