When Hyderabad boy 16-year-old Hemesh Chadalavada saw how disoriented his Alzheimer-suffering grandmother was, he felt helpless. The young innovator worked on a Stem-based app and wearable device that would not only monitor her movements but also give families a respite from the endless worry.

The young innovator received the Pradhan Mantri Rashtriya Bal Shakti Puraskar 2021 for his unique invention. His device, Alpha Monitor, signals caregivers, and family members when a patient wanders off, and also sends vital stats, thus helping in the care of such patients.

Alzheimer’s is similar to forgetfulness. It destroys memories and other brain functions. A study reveals that every 30 seconds, one individual in the world develops symptoms of Alzheimer’s.

Hemesh’s grandmother was one of many suffering from the disease.

This is a huge problem that he wanted to solve. Since the age of six, Hemesh was captivated by the internet. He remembers watching many YouTube videos about arts and crafts and using them to learn skills and put them into practice. Soon, he started working on basic electronic projects like building electric cars, fans, etc.

By the time he was in fifth grade, Hemesh learned to code and progressed onto more useful projects.

Every year Hemesh would visit his grandmother during the holidays. His visits to his grandmother in Guntur, Andhra Pradesh opened his eyes to her struggles. He realized that one of the biggest problems with his grandmother was that she used to wander off early morning or late at night leaving the family and caregivers worried. 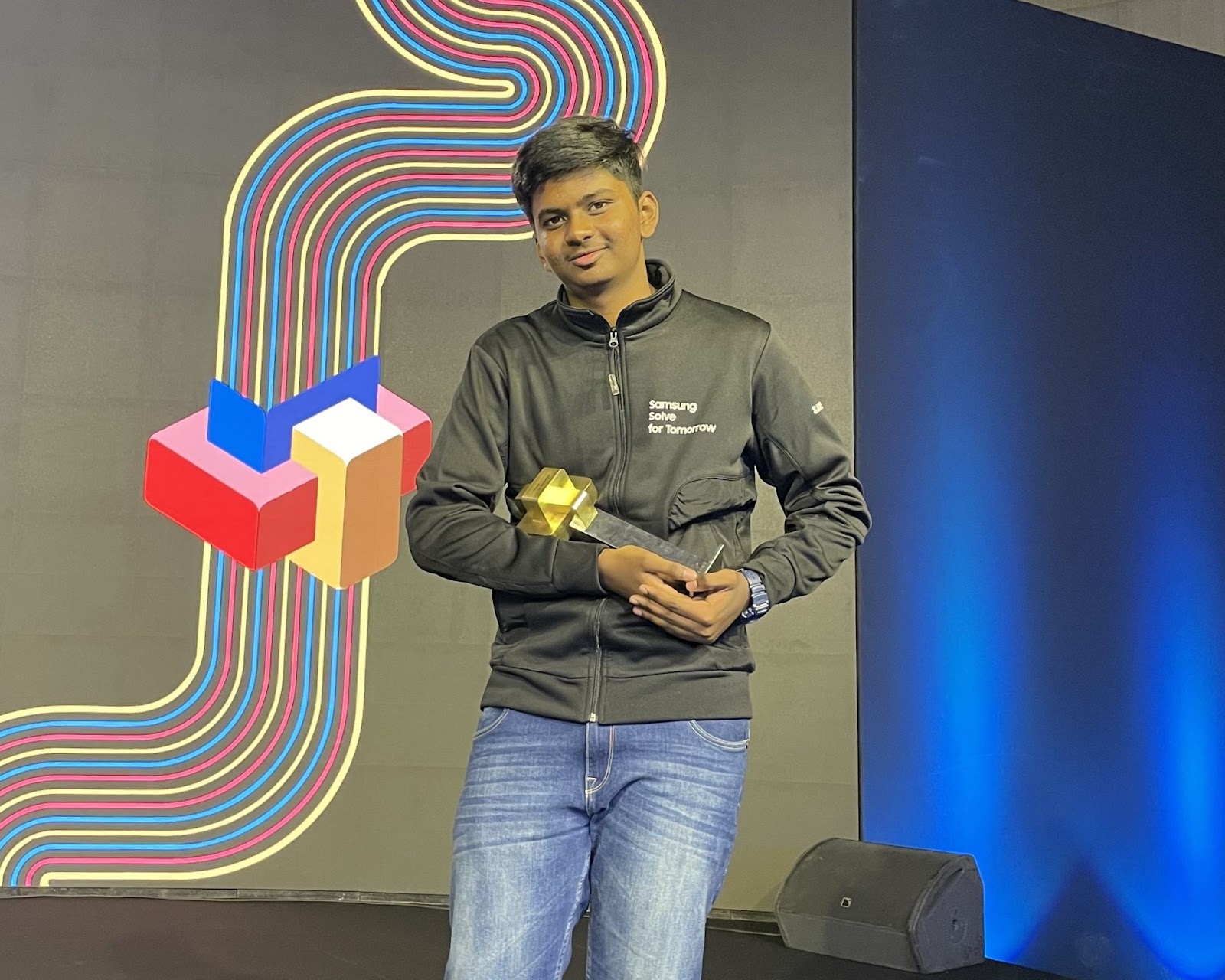 While they were fortunate that she didn’t get lost, there was always rampant panic when she was not at home.

Intrigued by this behavior, Hemesh reached out to the Alzheimer’s and Related Disorders Society of India. There, he came across a family that had been in search of a loved one, an Alzheimer’s patient, for the past 20 years.

This struck a chord in his heart and he thought why not develop something that would impact people around me like my grandmother? The STEM enthusiast then went on to create a device that gave doctors, caregivers, and families real-time information on their loved ones.

Alpha Monitor’s first prototype was a wristband that detected a patient’s movements – whether asleep, standing, or walking. Hemesh spent the summer of 2019 building a prototype to test out the concept. It is different from other products in the market.

While other devices are not integrated with a sensor called a gyroscope, Hemesh decided to add it to his device.

In an interview, he says “Existing devices are similar to a GPS tracker around the neck that patients can easily remove, and are prone to breakage. Some devices like doormats detect if a patient steps on it but are chunky, and can be bypassed. My innovation is based on an algorithm gyroscope model that reflects even if a person rolls on the bed, or places his hands on the floor. It alerts when the patient gets up, and starts wandering through a phone call, unlike just a phone alert that other products offer.” 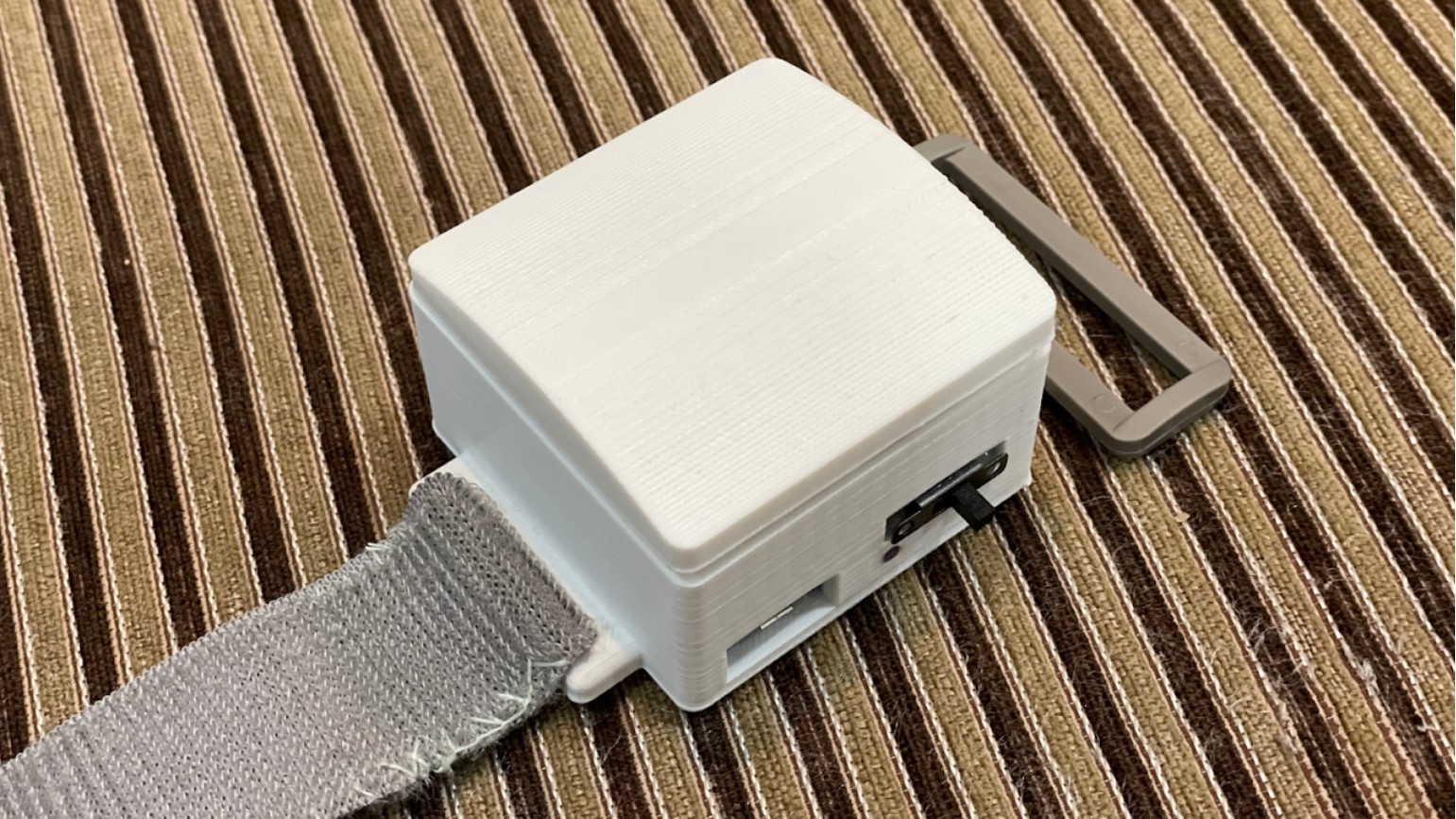 Another important activity for Alzheimer's patients is regular doctor visits. When his grandmother required regular checkups, it was tough due to her uncontrolled movements. However, Hemesh’s remote healthcare system bridged a huge gap. Instead of going to the doctor for vital checks, data related to her pulse, heartbeat, etc would be recorded on the same device.

This could be sent to a doctor at intervals. Hemesh developed an android app that the doctor could download which connected to the gyroscope device via Bluetooth.

Experts at the ARDSI loved this useful tech-based solution and provided Hemesh with additional support and input. Initially, the device was a wristband but based on suggestions from experts it has been modified to a coin-sized device. Owing to this customisation it could be used as a wrist or leg band, or pinned on.

For his impactful work, the young innovator has won Ideate for India, the Macmillan Budding Scientist Award, and the Bal Shakti Puraskar award.If you wish to know more about Hemesh, click here. Hemesh Chadalavada is a 16-year-old Innovator and a Maker making innovations and apps.