Have you ever walked into a public toilet and thought: “Now, that’s a lovely loo!”? I know I have. Clean, fresh and well-stocked – should be the norm right? But unfortunately, I have also had my fair share of bad washroom experiences.

From unflushed toilets and missing amenities such as soap to declarations from others in the room of “Don’t go in that cubicle!” and “The flush isn’t working!” There are several factors that can quickly turn a public washroom experience from good to bad. Washroom malodour can evoke a wide range of emotions and reactions from people, which can have a range of implications for businesses and our hygiene behaviors.

The research discovered that 3 out of 4 people expect a public washroom to smell better than their bathroom at home. We’ve come to expect a certain standard when we are out shopping, eating, and socializing, and the smell of the washroom is no exception.

While traveling, several people avoid using public toilets and urinals owing to a lack of hygiene, and most importantly for the putrid smell, most of them emit. This smell arises from ammonia, which is released when water mixes with urine.

To ensure the smell leaves, some of us even flush a second time. But did you know that each flush in western toilets uses up to six liters of water, while men’s urinals use up to five liters? Moreover, more water is used to wash off the cleaning agent while cleaning the urinals.

However, Mumbai-based water environmentalist Neha Bagoria (44) has developed a straightforward invention called EcoTrapIn to make sure water is conserved and urinals are kept clean. To date, 800 devices have been deployed across India, and they have helped to save 1,67,900 liters of water per urinal, and a total of 190 million liters of potable water. 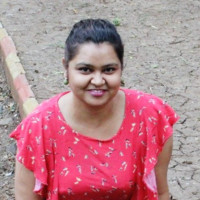 During her childhood, Neha would travel to Beawar, Rajasthan to visit her grandparents during vacations. Beawar was a water-scarce area, and she was made aware of the importance of saving precious resources and following water-conserving practices. This included small steps like ensuring the taps are closed tight, and not using water more than required, among others.

Meanwhile, Neha went on to work as a software engineer. However, she realized she was not satisfied with her job, and that she wanted to work on something that would create a positive impact on society. In 2012, she quit her job and took up a project to find a simple solution to save water. After coming across reports on how much water was wasted in urinals and toilets, she decided to focus on that.

Neha started by visiting several public urinals across Mumbai. She would understand how many liters of water were being supplied every day, and calculate how much water is used for flushing them depending on the number of people visiting the facility. Apart from this, she would also take note of the water used for cleaning the toilets once a day.

Focussing her calculations on the men’s urinals, she realized 1,64,250 liters per year were being wasted for flushing in every urinal, and 3,650 liters for cleaning. So began brainstorming solutions that could convert a urinal into a waterless one.

After doing her research, in 2013, Neha officially launched her company Tapu Sustainable Solutions, and began working on her product EcoTrapIn. She came up with the prototype of her device, patented it, and fitted it at toilets in the State Bank of India and the SP Jain Institute of Management and Research, Mumbai.

While the technology was successful, Neha worked on another prototype after a few months of trying to improve its ease of use. The first model was fit under the urinal, and this required help from skilled laborers. So she wanted to come up with a solution that could be fit by users themselves.

The same year, the project and the findings were submitted to the Department of Scientific and Industrial Research (DSIR), Government of India. The institute approved the device and funded Neha’s research.

In 2016, Neha formally unveiled the EcoTrapInXtra, the device's finished prototype. The device uses a straightforward mechanical procedure and is made of antibacterial material. It features a flap inside and is designed to fit atop the drain at the foot of a urinal, making it a "dry tap."

The dryTrap allows all liquid to enter it when pee flows through it because urine's density pushes the flap open. When the flow stops, the flap returns to its original place, blocking the drain from smelling. The antibacterial material's nanocoated surface stops the growth of germs and the production of ammonia, which has an unpleasant odor.

Instead of water, the urinals can be cleaned using a solution named EcoClean provided by Tapu solutions. This can be used to clean the urinals after every 70 – 80 uses. If more people are using the urinal, it can be wiped down twice a day, however, there is no necessity for water.

If you wish to know more or purchase the DIY version of the device, visit their website.